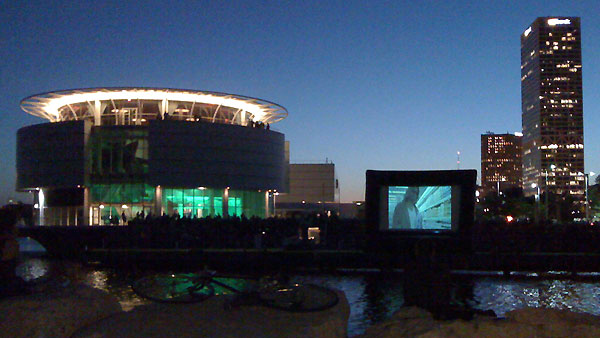 A while ago, I attended a talk by James Ludwig of Steelcase. This event was presented as part of the MIAD Creativity Series, and it was a wonderful opportunity to hear a design leader share some insights. Discovery World’s inspiring surroundings and mission certainly didn’t hurt the evening’s proceedings…

While James shared several interesting principles that evening, two in particular piqued my interest. Intentionally or not, I believe these two guiding lights are intertwined.

Before commencing with the “what’s” and “how’s” of NPD, make sure you have a firm grasp on the “why’s”. In supporting this point he stressed the value of synthesis in research, not mere observation. It can be overwhelmingly tempting for designers to immediately jump to direct solutions for the numerous small issues they observe in the field. Doing so before they have enough inputs to understand the interrelations and complexities of why the user is doing something can lead to a perpetual game of NPD “Whack-A-Mole”; a never-ending chase for incremental changes.

Invention Happens At The Programmatic Level:

I found this principle particularly interesting from a selfish standpoint. Creativity often is pigeon-holed as the activity of designers, who wield their markers like magic wands as they solve the world’s problems. This romanticized view has certainly served me well, and has been a lot of fun when everything falls into place just right. But as I’ve progressed in my career, and I’m certain that many designers in my circumstance feel this way as well, I’ve grown to understand that the need for creativity only increases as one takes on responsibilities extending beyond traditional “designer” skills. The toolbox and scale may change, but the pursuit doesn’t. Your creativity at the programmatic level is key to the success of your team.

Your feedback has been received.